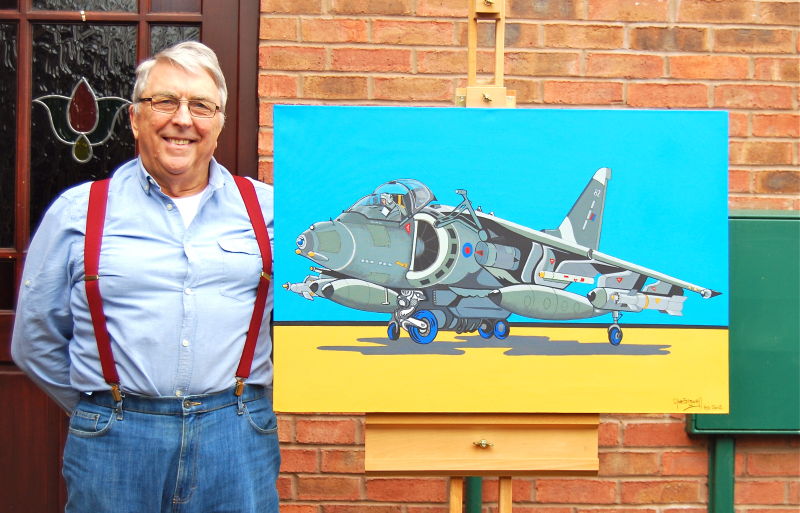 The Harrier has been in the thick of action in Afghanistan, providing close air support to NATO forces since 2004 when the RAF began deploying forces to combat the Taliban and Al-Qaeda. “Harrier”, the only really successful “jump jet” suitable for Vertical/Short take off and landing, since its introduction in1969, is a true icon and testament to British design and engineering. 824 of these unique aircraft have been delivered during its 41 years of service.

Well known for its role in the Falklands War, the Harrier went on to serve in many other conflicts including Bosnia and Iraq in the 90’s, in Sierra Leone and the second Gulf war.

In March 2009 the role of protecting NATO troops in the “badlands” of Afghanistan was taken over by the RAF Tornado force and the Harriers were returned to the UK for retirement under the defence cuts in 2010.

All remaining Harriers have been sold to the US Marine Corps in a deal described as “Crass” and a “shocking waste” by senior defence chiefs. The US military has bought our entire fleet of 74 planes and spares which were grounded by the Strategic Defence and Security Review.